Gravity has been used successfully to monitor water influx in gas fields. Subsidence can give valuable reservoir information for both oil and gas fields. 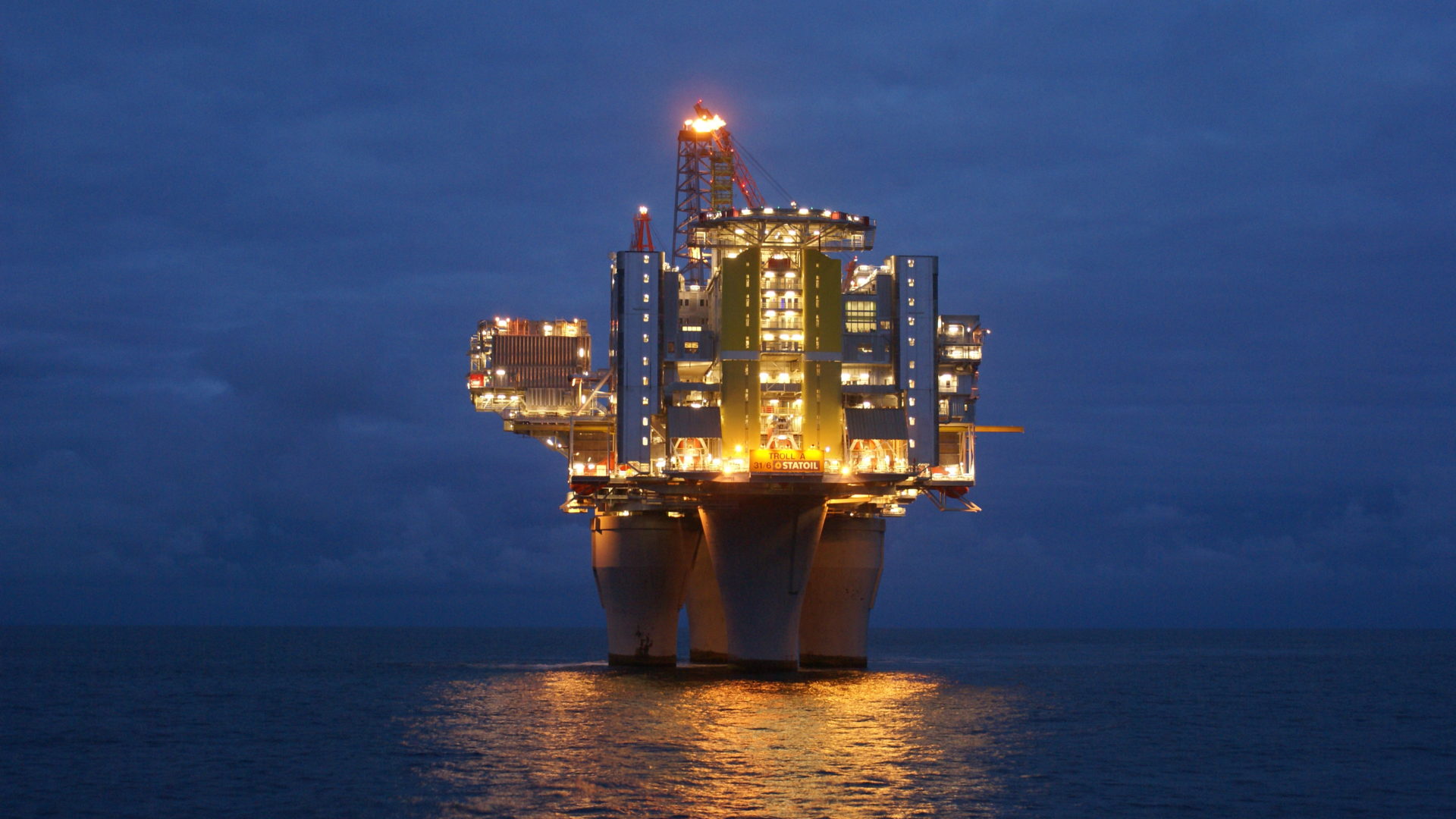 When gas is replaced by water or oil in a reservoir, the density contrast and mass change can be large and a detectable gravity change at the seafloor or land surface can often be observed. This occur for instance when:

All these situations will also cause reservoir pressure changes and consequential compaction or expansion of the reservoir. The measured subsidence or uplift of the seafloor or land surface will both provide a correction to the gravity data and independent information on the reservoir behaviour.

Gravity and subsidence monitoring has successfully been carried out over 10 producing hydrocarbon fields offshore Norway, some for 20 years. 9 of the projects are still ongoing.

The giant Troll gas and oil field was the trigger for gravity monitoring in the North Sea. Gas production startet 1996 and is expected to continue beyond 2050. Gravity increase of up to several µGal/year from water influx and seafloor subsidence of up to about 1 cm/year from the reservoir pressure drop are both well seen (Stenvold et al., 2006, Eiken et al., 2008). To date 8 surveys have been acquired.

Mikkel is a gas-condensate field with initially 23 billion Sm3 (1 TCF) gas. Vevatne et al., (2012) described results from gravity and subsidence surveys in 2006 and 2011. Intra-survey repeatabilities were about 2 μGal and 2 mm after 2-3 visits were made at each location during each survey. Subsidence of up to 2 cm was measured over 5 years, having a signal/noise ratio of 5-10. Gravity reduction of up to 4 μGal over the northern part of the reservoir (after subsidence correction) is caused by a stronger negative gas depletion signal than the positive water influx signal.

Data were history matched , as described in . A mis-match could either be due to wrong pressure depletion, or incorrect water influx in the model. On Mikkel all models are matched on well shut-in pressures, and good communication is expected throughout the reservoir. Hence, the mis-match circles in the figure are interpreted as showing water influx different from the model (Vevatne et al. 2012).

The results show the gravity monitoring feasible not only on large fields, but on a modest size gas field at medium depth.

Sleipner East is a gas field at 2400 m depth. Partly above and partly aside of the gas reservoir has CO2 been injected into a thick and clean sandstone at 800-1100 m depth. Initially 30 seafloor stations, later increasing to 43, have monitored gravity changes caused by flow in both reservoirs; water influx into the hydrocarbon gas and supercritical CO2 pushing water away. Alnes et al., 2008 showed how depth, spatial positions and models can be used to separate the two signals. The latest surveys have been used to estimate CO2 dissolution rate in the formation water, a process otherwise lacking data to understand.

Surface or seafloor subsidence always occur above a producing reservoir, since pore pressures are changing and the rocks are elastic. In some cases can large subsidence cause concerns and affect the safety of wells and even offshore platforms such as the North Sea Ekofisk and Valhall fields.

Skip back to main navigation